Development of Photography – Painting with Light

As much as I love drawing, I do love photography. It helps me to capture a swift moment that I could not possibly get by sketching. So what is photography? Some say that photography is a form of art that reproducing the image of people, objects, animals, or places into printing materials or pixels. But I always like this definition: Painting with light. 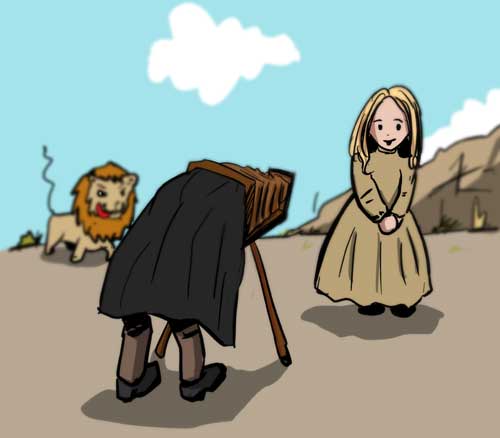 What tool do you need? Of course, the primary tool would be the camera. Cameras have been through incredible developments since the first time it was invented. The first camera did not have any film. It had a small-shield box with a lens and translucent screen on the other side. How the object would be captured, it had a small hole, and the image traveled through the hole and the lens, and it was stored on the screen. It was known as Camera Obscura. Usually, it was used as a sketching device for artists.

Several years later, the inventors found a quality silver nitrate that changes its color when exposed to light. The photographer’s place objects on the paper dipped in silver nitrate and expose it to the sunlight. After a while, the area covered under the object stayed white while the rest of the space turned black. However, the image formed was temporary, so the method did not last long.

Years went by, and decades later, significant improvement has been achieved. Some experiments were done using very different techniques like Daguerre and the calotype process. Finally, collodion or the wet plate technique was universally accepted.

Nowadays, photography becomes more and more straightforward. It creates the possibility to capture special moments easily. Everyone could grab a camera and preserve their special moment with family and friends.