I think you know Modern Family, a family comedy show which has won three consecutive outstanding comedy Emmys. On Wednesday, September 26, 2012, in season premiere  Modern Family is doing something a little bit different than it has in past seasons – picking up the action more or less where things left off at the end of Season 3. The episode, which picked up where last season left off with Gloria with child and Cam and Mitch without, was simple, yet heartfelt. 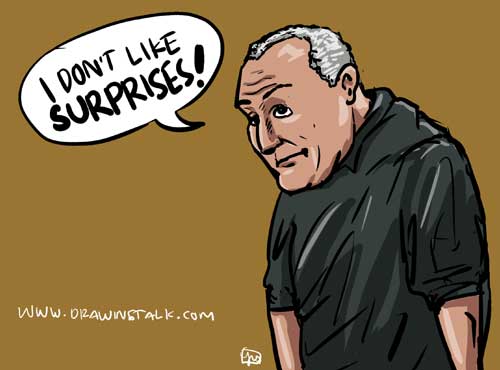 In the season opener of Modern Family, Jay (Ed O’Neill) is celebrating his birthday in the episode, and past seasons of the show well established that it’s in late spring. Gloria finds it too hard to break the news of her pregnancy to Jay on his 65th birthday, while Cam and Mitch try to convince each other desperately that they’re happy, despite not having adopted a son.

Manny feels threatened after Gloria tells her secret to him. Meanwhile, Claire “Nurse” a hungover Haley who is unapologetic about drinking at her prom and allowing Dylan to sleepover, while Cam and Mitch try to adopt a kitten to appease Lily.

However, Jay announces in this first clip from the episode, ‘Bringing Up Baby’ that he doesn’t want any big surprises for his birthday. Cue worried talking-head scene with Gloria.

So, what happened next, well, you should see Modern Family the newest season yourself.